For many years, Gil Devora volunteered in the children’s oncology unit at Sheba Medical Center in Israel. He was inspired by his mother, who has also been a volunteer at the hospital for the past 42 years.

Devora, a high-tech executive, said he liked to joke around with the children, to make them laugh, to talk about their dreams. He knew every doctor and nurse on the ward.

He never thought, “never in my worst nightmare,” he says, that his daughter, Ella, would be a patient in that very same ward and that she would die at 14 from rhabdomyosarcoma, a rare type of cancer that most often affects children.

To honor his daughter’s memory, Devora and his wife, Karen Delaney-Devora, opened Ella’s Spa in Sheba on May 15, which would have been Ella’s 15th birthday.

The spa offers free treatment for parents of children with cancer. All the people who work in the spa are volunteers.

The family is now raising money to open spas in other hospitals in Israel.

Ella, says her father, was sick for two years and nevertheless “thought of other people before she thought of herself.”

A month before Ella died, she donated her guitar and drums to children in the ward.

And she mentioned that she thought it would be a good idea to have a spa for parents of patients.

As Devora explained, “Parents don’t feel comfortable going to get a haircut or have a massage when their children are so sick.”

But “they also need to take care of their own bodies and souls,” and when children see that their parents feel good, he said, they feel better.

That’s why Devora and his wife decided to follow through on Ella’s dream of a spa right in the hospital.

Ella Devora with her mother, Karen Delaney-Devora. Photo courtesy of the Devora family

The project was done in cooperation with Rachashei Lev, a nonprofit organization for children with cancer, which operates on the Sheba campus for children in treatment and their families. The spa was built through donations – even the building contractor and architect volunteered their services.

Ella’s Spa offers massages, facials and manicures as well as a jacuzzi bath and sauna, free of charge to all parents of pediatric cancer patients. Cozy white bathrobes are included.

During the two years that Ella was treated at Sheba, her parents made a commitment to “have as much fun as possible” doing things together as a family, including their son, Tomer, now 17. 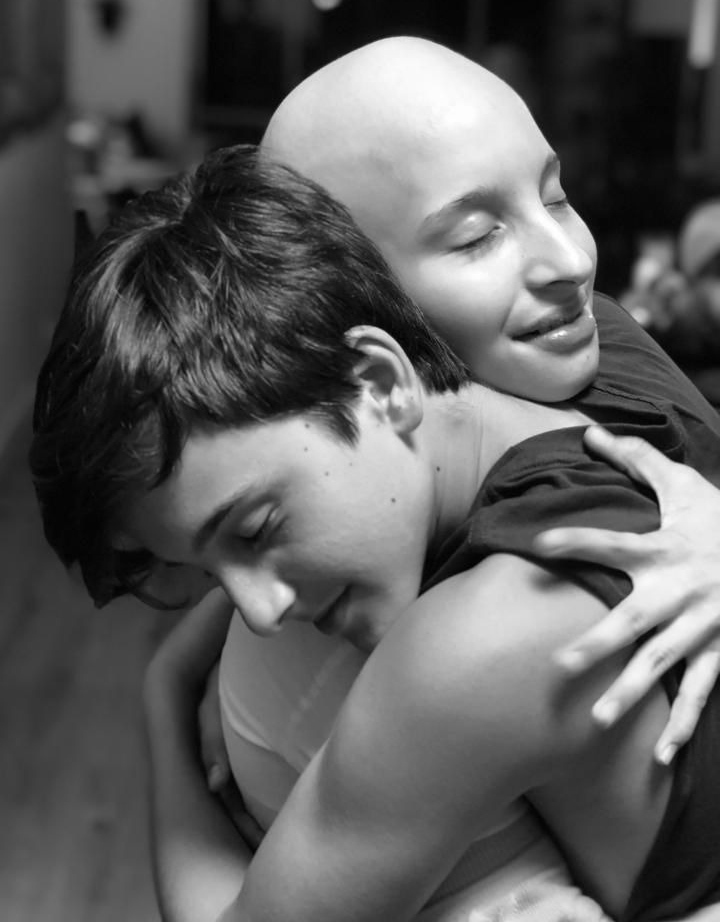 Ella Devora with her brother, Tomer. Photo courtesy of the Devora family

Two months before Ella died, they started to plan a trip to Seychelles, even though Ella’s doctor warned them against it.

“But we still wanted to take her so she could swim and be on the beach,” Devora said. “I realized it was impossible to save her.”

He also realized that not everyone can take family trips when their child is sick. But Ella’s Spa can be like a mini-vacation because it gives the feeling of being “in another world,” he said.

“When you open the door, you feel like you’re in a spa in a five-star hotel.”

Devora said that he no longer volunteers at the hospital. He doesn’t want to tell parents with children being treated there that he lost his daughter. He wants them to have hope.

“Through Ella’s Spa, she is still touching people, giving them something,” he said.

“She died after being on earth for only 14 years but she still brought a lot of meaning to the world.”